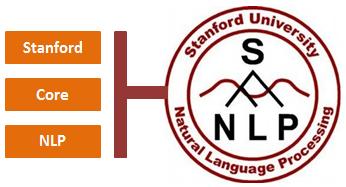 Thanks to research in Natural Language Processing (NLP), many algorithms, libraries have been written in programming languages such as Python for companies to discover new insights about their products and services.

There are other prominent libraries in place. For instance, Textblob is built on top of NLTK package. And, there are other libraries such as Spacy, Gensim, Stanford Core NLP.

In a nutshell, there are many text related tasks we can think of such as tokenization, parts of speech (pos) tagger, named entity recognition, coreference resolution, sentiment analysis, stemming, lemmatization, stopwords removal, singularize/pluralize, ngram, spellcheck, summarizing text, topic modeling and the kind of linguistic languages we’re dealing with.

In this article, I’d like to share a simple, quick way to perform sentiment analysis using Stanford NLP.

The outcome of a sentence can be positive, negative and neutral. In general sense, this is derived based on two measures: a) Polarity and b) Subjectivity.

Stanford NLP is built on Java but have Python wrappers and is a collection of pre-trained models. Let’s dive into few instructions…

Annotate allows us to call specific NLP tasks such as Sentiment analysis. It returns output in JSON format.

Once you run the code, you can terminate the Java server by typing Ctrl + C and hitting enter in the command prompt.

Stanford NLP supports multiple languages other than English. You can follow the documentation provided at https://stanfordnlp.github.io/CoreNLP/

For a sample quick analysis, try this link which connects you to Stanford NLP http://corenlp.run/ instance. Type a sentence and explore the visual representation of some of the analysis.

You can refer the same sample code on my GitHub: https://github.com/coffeewithshiva/Sentiment_Analysis_Stanford_NLP

On Textblob, I came across the below GitHub which might be extensively useful: https://github.com/shubhamjn1/TextBlob/blob/master/Textblob.ipynb