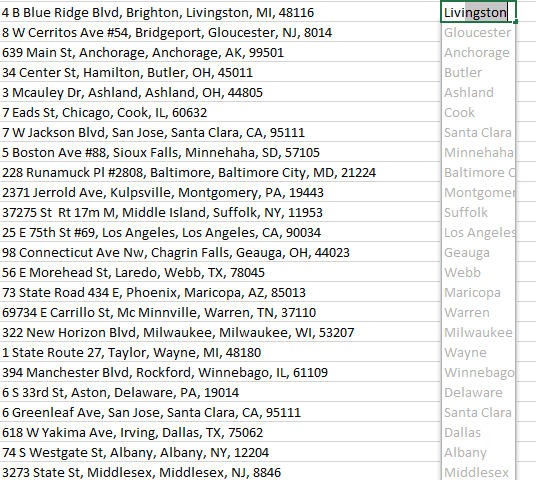 Data analysis of any sort requires cleaning and formatting the data.

Predominantly, Microsoft Excel spreadsheet can be used for that matter. The source of data could be from multiple upstream systems! It’s highly unlikely that you would just get the data ready for further processing.

A fashion based e-commerce startup wants to identify which top 3 cities in a specific country has returned back the maximum products to their retailers. The company then might be interested to scrutinize the problems faced by its customers, and takes key decisions to minimize the returns or strengthens the returns policy to prevent the losses incurred by the same.

The returns team of that company maintains one relevant field by the name: “Address”. In the excel sheet, it would be a manual and repetitive task to extract the City/State/Pincode from the Address. Of course, one can use the combination of MID, FIND kind of formulas to extract what we want to an extent. Well, there’s still a better way in Microsoft Excel 2013 and above versions.

It’s called “Flash Fill” concept designed by Dr. Sumit Gulwani, Microsoft Researcher. This is a machine learning algorithm and discovers patterns based on a couple of data examples and populates the remaining data using what it had learned! This is a great deal of time saver for many cases. I’ll highlight an example below.

In certain cases, the Flash Fill automatically pops-up and recommends while you type the sample data as per below.

You can apply Flash Fill to format your number such as Telephone number, Social Security Number etc. to name a few.

A couple of tips: